After becoming a father, things got busy, so I was not able to blog as much as I wanted. But with a bit of free time showing up, I planned to review the mycard2go, released earlier this year. It features a nice design and apparently there is a limited edition available in different colors. 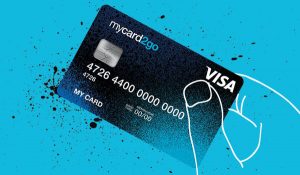 Wirecard mycard2go press photo
It costs roughly 10 EUR a year and can either be used as a one time gift card, or later activated to be a full featured VISA credit card, that also has a VPAY debit application.

Unfortunately, there is no way to buy this online, but there is a station finder / store locator for it. In my close neighborhood, I found 5 stations where I could buy these cards. So I hopped in my scooter to buy such a card, in order to test it and to analyze the EMV-chip with cardpeek.

Sadly, I do not get to test this card. From what I was able to see through the packaging, it does not feature embossed prints. Maybe Wirecard will offer online purchases in the future, but as far as it goes now, I gave up getting one of these at a store. Going to 5 different places to then not get a product is not a good customer experience. And should someone from Wirecard read this: Fix your distribution.

Update: six stores later, I was able to buy a card. Ironically, that store was not listed in the shop finder. I am currently testing it and I will write a full review in a couple of days.

4 thoughts on “Buying a mycard2go: a mission impossible”